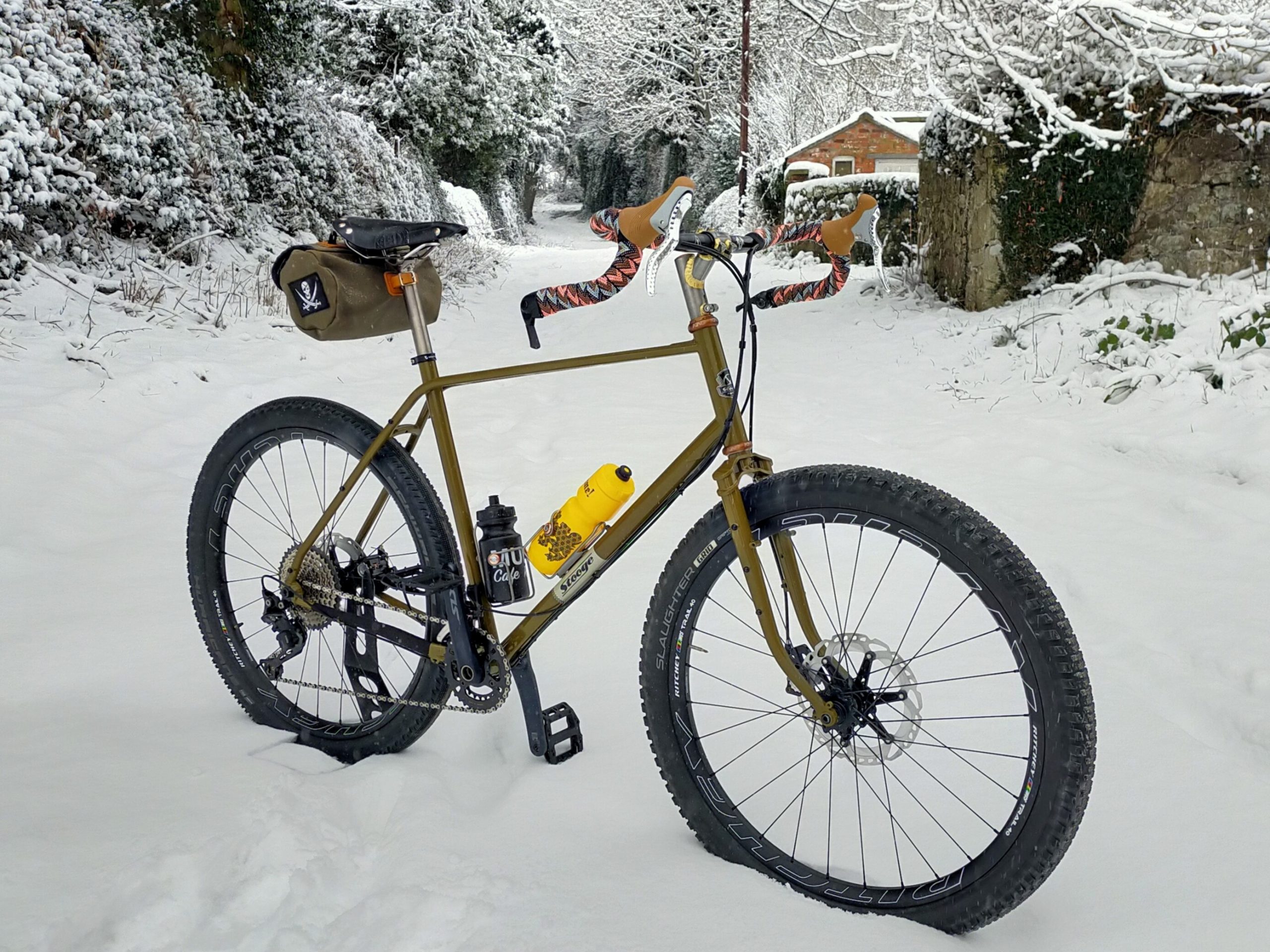 This one’s come from nowhere, or so it would appear, but the reality of the Rambler has been a long time coming. Back in 2017 i designed the Dirt Tracker and Gravel Bastard concurrently, and at the time they were one of the first drop bar bikes to use a slacker head angle and longer top tube for short-stem action. Almost immediately i got quite a few requests for a steel version, but looking back i realise now that Stooge was in a bit of a post Brexit doldrum and i didn’t have the funds/motivation/confidence to make it happen.

Fast forward to 2020 and we’d all been transported to a strange new world where the only exercise we could do was local, and distant adventures seemed, er, distant. I started riding the Gravel Bastard on a daily basis, getting up at 6am and heading out through the vast network of backlanes and bridleways in my local area. It turned out to be a revelation that reconnected me with the simple and vastly fulfilling pleasure of just pedalling and exploring the area via dusty tracks and potholed lanes. It was in this context and on one of these rides that i realised it was time for the mother of all steel drop bar bikes to exist. Like all my bikes, it was because i really wanted one for myself. 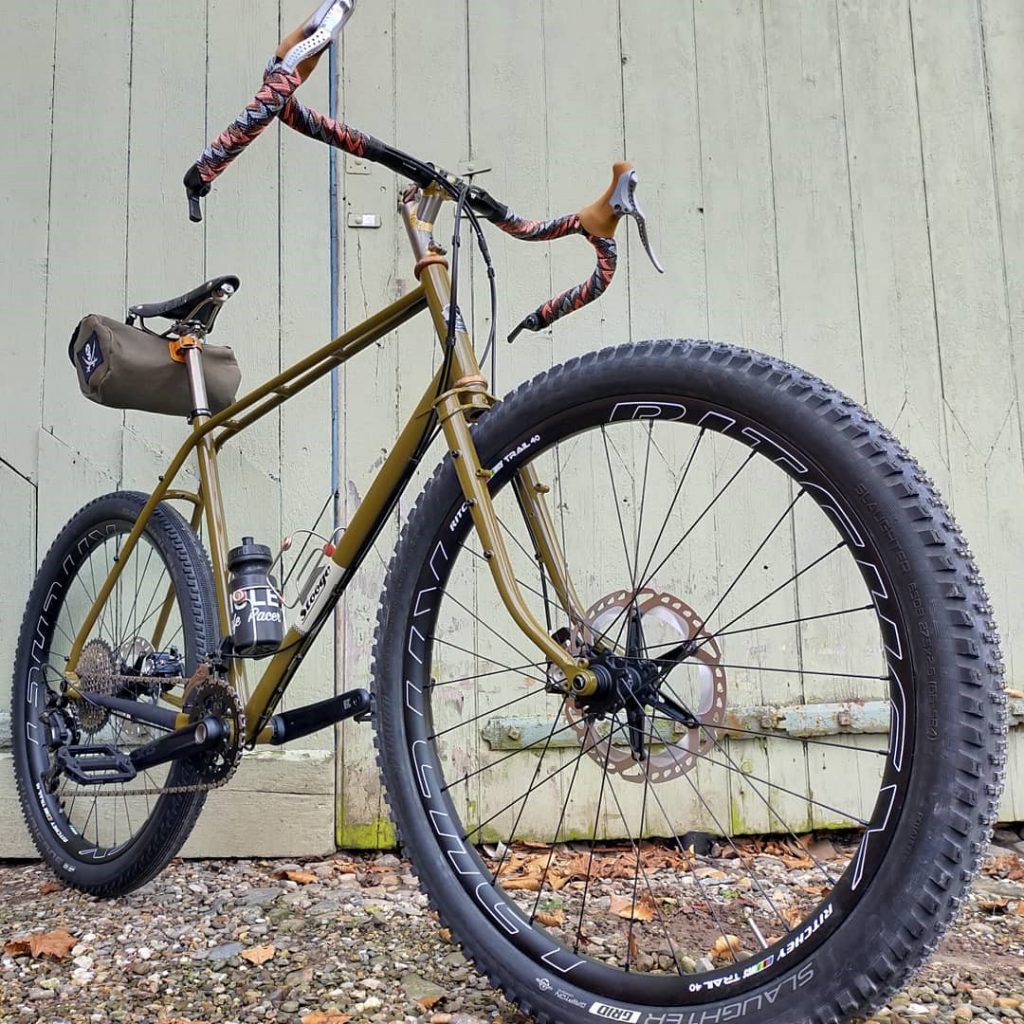 So this new bike is called the Rambler. It had a lot of names before this – the SW Cheetah, Ultrabanger (yeah, really), Trailhunter, Duster, Speedbomb. The list went on. The bike in the pics is a production sample of the 54cm size. So what’s it all about? 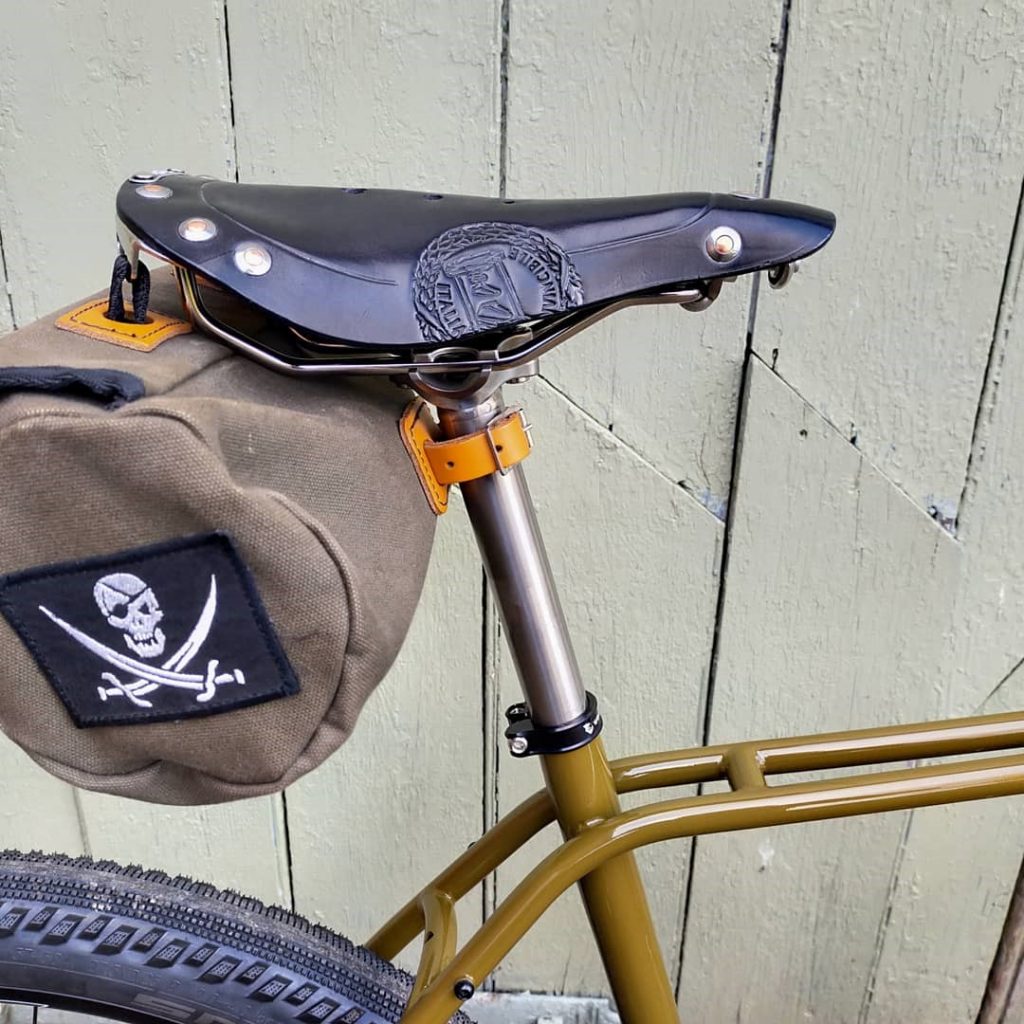 The simple truth that i keep selling to myself is that most ‘gravel’ bikes are actually really shit for the kind of riding i want to do. They’re either a road bike with more tyre clearance and bigger tyres, or they’re a performance bike with carbon this and that and a road groupset and a heads down riding postion that makes my wrists ache just looking at it. They’re designed for roadies who want to ride through forests or across plains, but they don’t speak to me as a mountain biker. 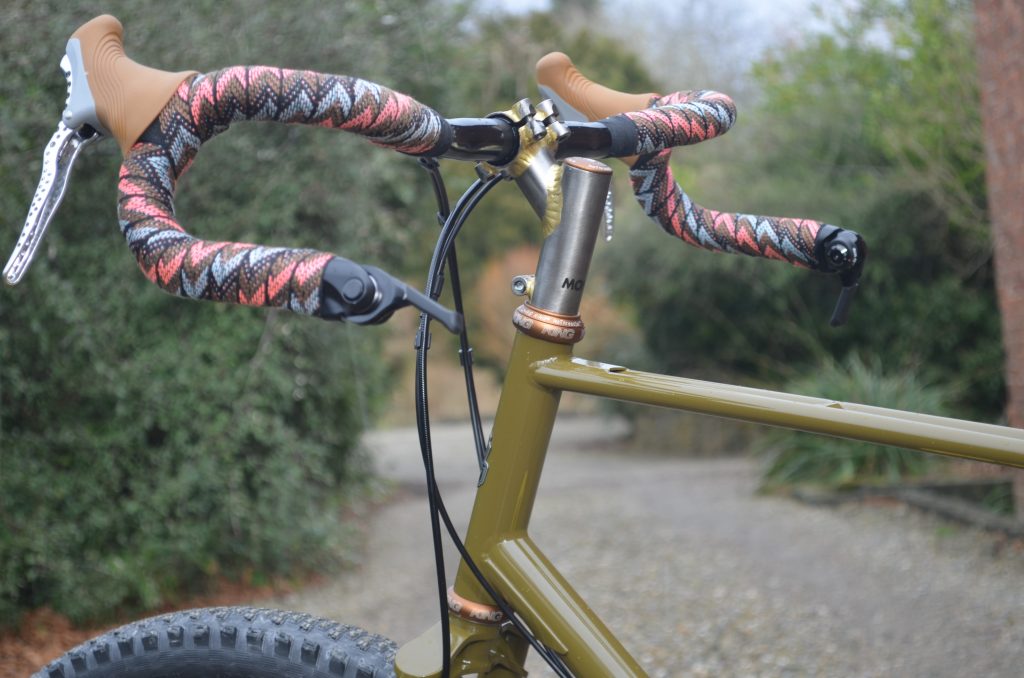 The setup of the Rambler is no longer an original thing, but in a nutshell it’s a little slacker (69degrees) and little longer (580mm ett in size 54). Its not as long as the GB, but is designed to be tall and upright with a front end geometry and riding position that inpires both high comfort and loads of control offroad. I don’t want to be limited by my bike when i see an irresistable sliver of singletrack heading off yonder. This is also designed around 27.5″ wheels n tyres with clearance for up to a 2.6 out back and 2.8 upfront, though my vibe tells me that a 2.3 rear/2.6 front combo is where it’s at on this steed. 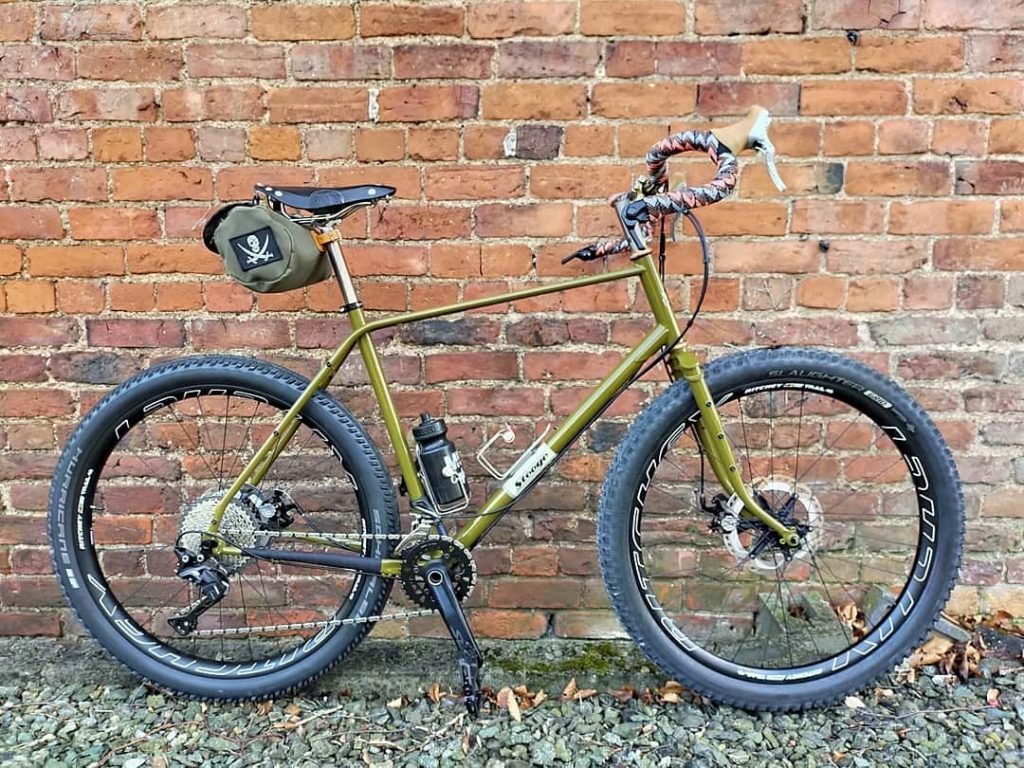 Another area where i think gravel bikes really fall apart is for proper adventure touring – the brakes, the gear ratios, the riding position, are all less than good enough. So the Rambler runs IS brake mounts for regular MTB brake calipers. This might mean that you need to use cable disc brakes, that’s also a plus for this type of bike, but more imprtantly it means you can use big rotors, 203 up front and 185 out back. This is a deal breaker for me. And i just despise flat mount brakes. They were designed either to be able to fit discs to carbon frames or to fit a caliper inside the rear triangle with standard, straight seatstays. Either way, they’re rubbish. You may completely disagree, but for my bikes i’m 100% right. I’ve also used a 73mm BB shell, so MtB cranks are the order of the day. I just don’t think its possible to have a go anywhere-do anything bike that you can tour on in the hilliest terrain with a road compact or single ring gravel chainset. I’m using an SLX 12 speed chainset with 36/26 rings and an XTR sidepull mech. On the rear there’s an XT mech and 11-42 ll speed cassette coupled the Microshift MTB spec bar-end shifters. The result is a massive spread of gears that will get you up anything when loaded but also allow a nice enough turn of speed. 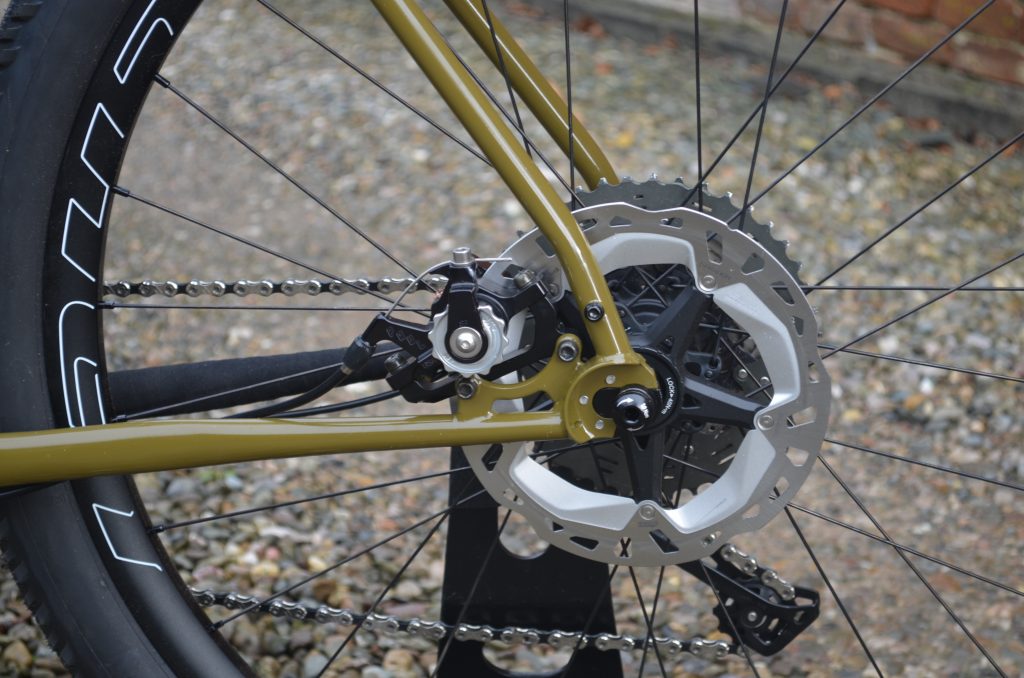 So its a drop-bar bike designed around MTB standards with more room to move around and a geometry that will allow you to ride off-road in a way that won’t scare you. Short stem, plenty of gears, bombproof components, loads of bottle and cage mounts, rack mounts front and rear, full guard mounts, and a single on-trend concession in the shape of internal dropper routing should you so desire. There’s nothing original about this concept, but for me this is the best of its type. Its a lifetime bike, one that could, and should become a friend for life and a partner in all manner of adventures, even if we are currently limited to a 7 miles radius from our front doors. 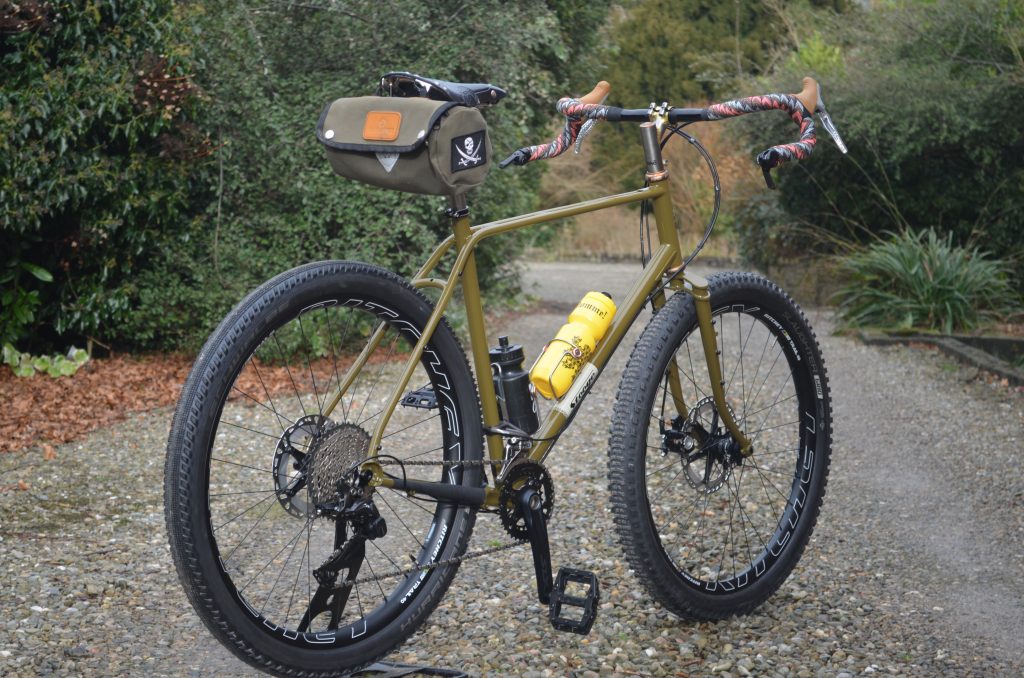 At the moment there’s no set date to put these into production. I almost have too much going on at the moment – Dirtbombs, MK5s and more Scramblers, but i would love for this to see production, though that may depend on putting them up for pre-order and hitting a certain volume of takers, then it could be fastracked. There are 3 sizes, 52, 54 and 57, so most people will be catered for. In the meantime have a look at the pics and feel free to give me a shout if you have any questions or to express interest. 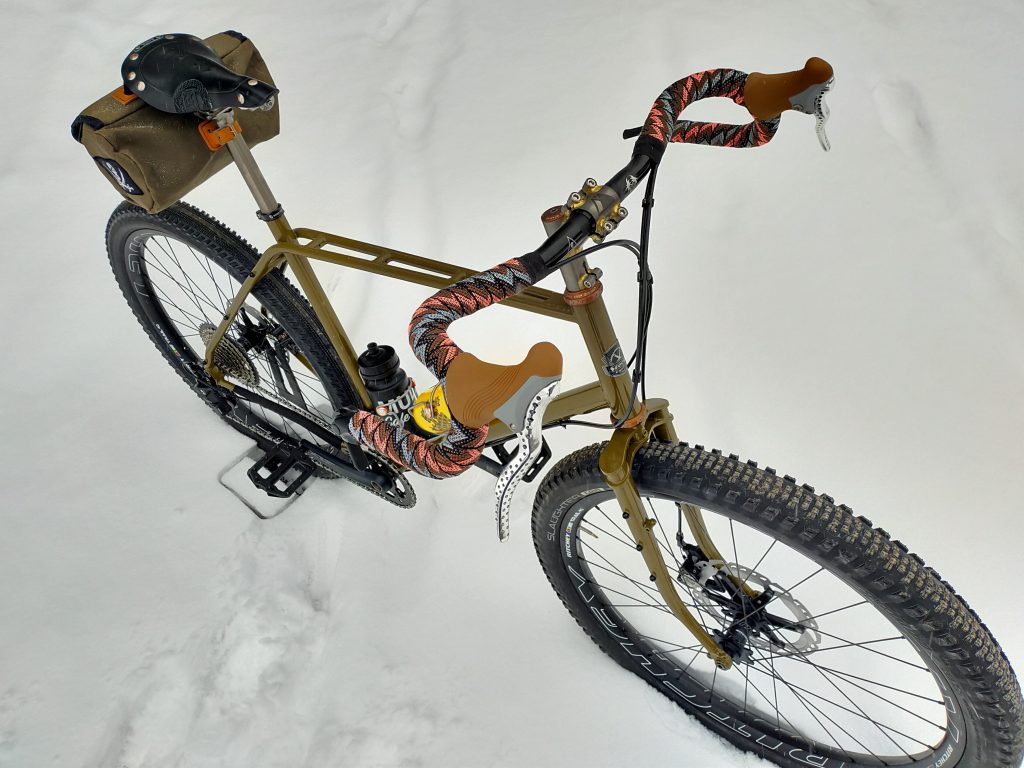 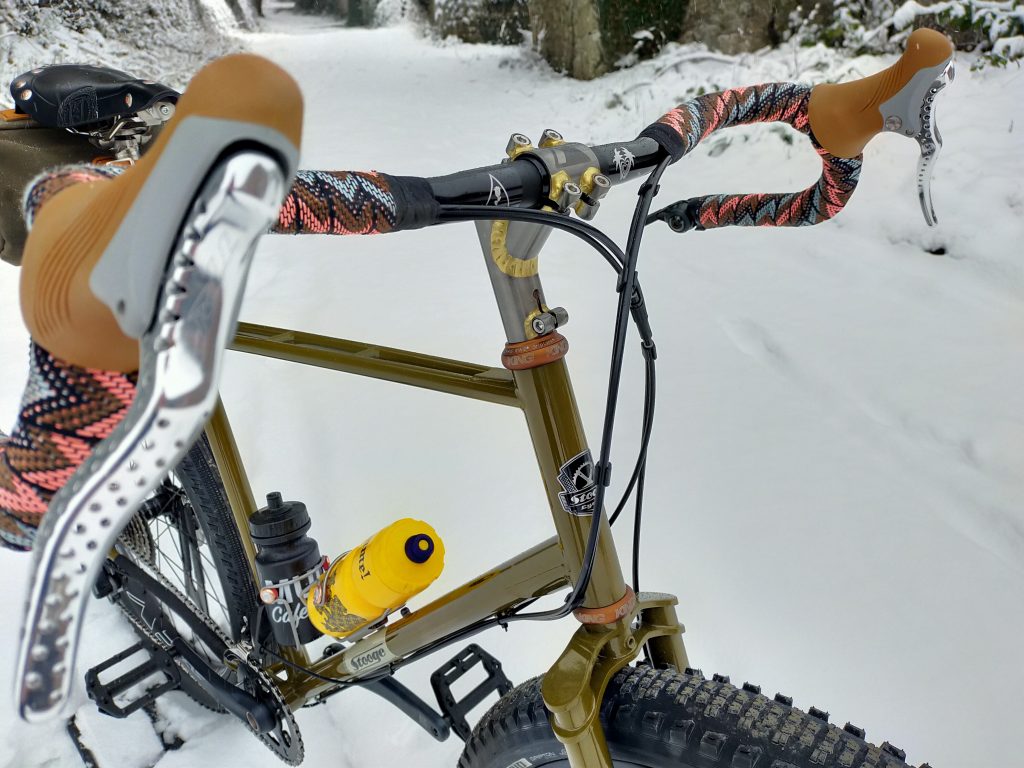