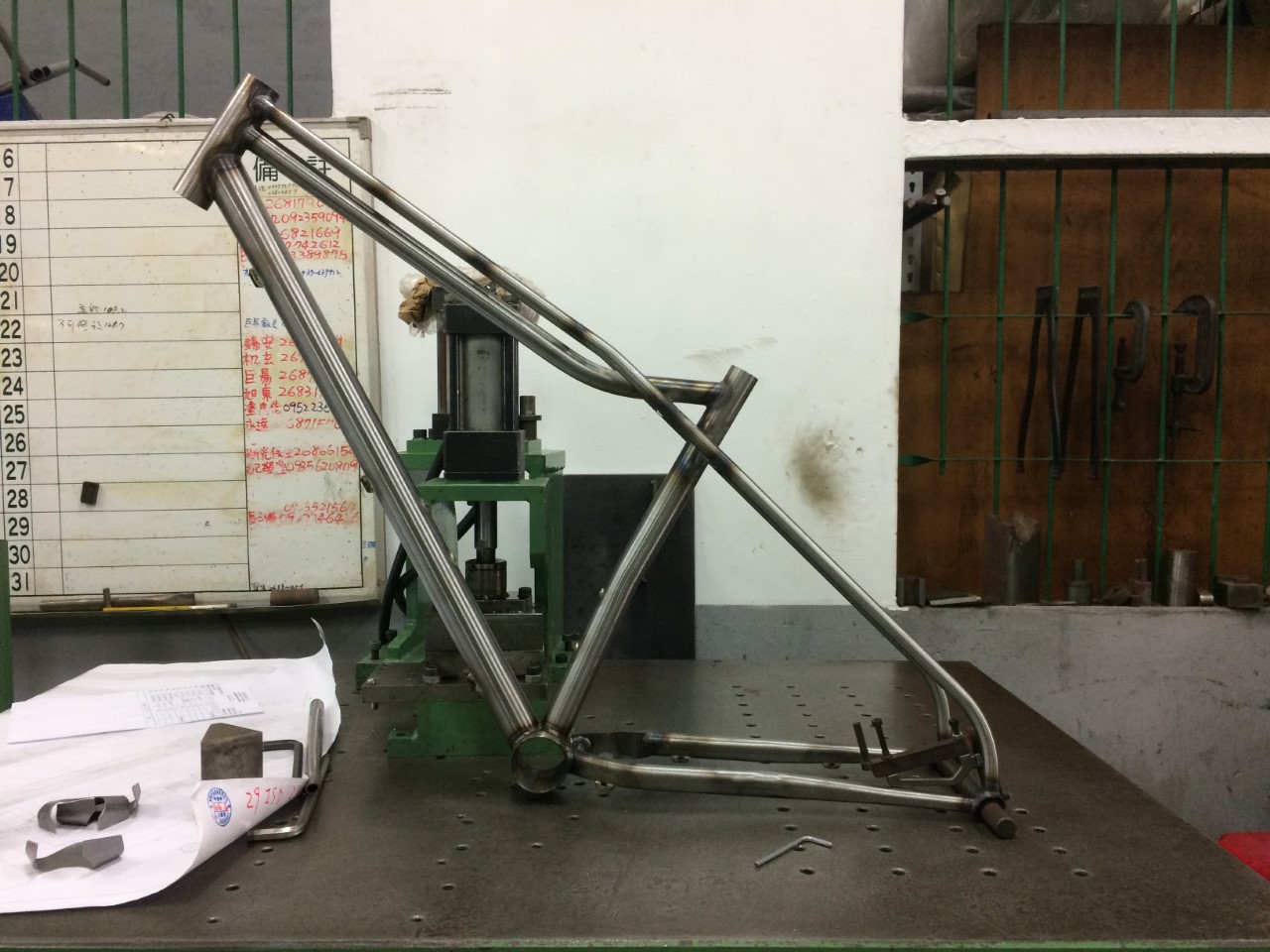 So the steel Speedball is on its way, or at least the sample is, but whatever, this is going to be one cool bike that will make your life better (citation needed). I’ve been staring at the one pic i have of the frame for a couple of days now and it occurred to me, in a random moment, how chuffed I would’ve been as a 15 year old lad if i could’ve peered into the future and witnessed Stooge. Back then i was in sheer awe of the BMX framebuilders, it was the first realisation that bikes were so much more than just transport. I think anyone that was around in those early days would know of what i speak, machinery forged from sunshine and dreams.

So this is where the Speedball comes from ….

A very pivotal moment. Having to go and stay with my grandparents for 2 weeks in Southend, must’ve been 82. The only way this was going to be in any way bearable was if i took my bike, and because it was the early days i was still ragging around with swept back V-bars and a really slack frame. First night there i went for a ride through Belfairs park, hot and dusty, and along the edge of the golf course i found some great little trails, and at the very bottom end, a dirt jump. That was all that was needed. i went back the next day and a group of local lads were hanging down there. It was like nothing i’d ever seen before, they all had pro-bars, big wide fuckers, and they could ride in a way i’d not seen before, pulling 360’s and 720’s from the ramp. And then there was the local hero, the gnarmeister and the leader of the pack, Steve. All the other lads looked like me, but Steve was a punk, he had an edge, a dangerous fucker, like Paul Simonen on a bike, and he could ride like no other. For 2 weeks he became my mentor and friend. I didn’t see much of my family, i was out all day riding the trails with my new pal. After a week he gave me an old Mongoose framseet he had in his shed and we built my new bike up in his yard, and my riding changed instantly, i too was pulling 360’s from the dirt bowl. Saw my grandparents long enough to take me to Rad City in Benfleet to get some GT Pro bars, another big step. I remember Steve taking me down to a new BMX track near Canvey Island and treating me like a guest of honour. BMX was a universal language that we all spoke, there was no shit just peace and love amongst the clan. Another time i remember riding over to the estuary with Steve and spending the afternoon up to our knees in mud. it was fabulous, Gold by Spandau Ballet was probably on the radio, Eyes without a Face by Billy Idol. The sun NEVER stopped shining. The other thing that occurred to me was how lucky i was – i had two parents and a good life in Wales, whereas Steve’s dad had left and his poor, overworked mum did nothing but nag him, because, really, what else could she do.

At the end of the fortnight i was genuinely sad to say goodbye to my new friend, but i returned home inspired in many ways, i had new skills to teach my friends, but i’d also glimpsed another world, been part of it even.

I returned the following summer and couldn’t wait. 2nd day there i headed down to the park, hoping my old pal would be there. No sign of anyone. Day 3 a few of the lads were there and it was great to see them, but ‘Where’s Steve?’ ‘Ah, you won’t see much of him, he’s into drugs n glue n stuff.’ Well shit, that wasn’t good, and i felt genuinely gutted. The next day i rode over to his house and caught up with him. He still looked punk, still looked cool as fuck, but there was something missing for sure. I persuaded him to come out and ride and he did, and we still got rad, but i could tell the joy had left him and life had started to take over. He’d dropped out of school and his mum was on his back constantly, his old gran had moved in, he felt trapped by them. We’d ride and hang out most days but it was like the morning after the party. We were both a year older and trying to make sense of the world, but whereas i was still happy go lucky, Steve was feeling the weight. I remember one conversation in particular, sunny again, down in Old Leigh, and the gist of it was that he hated growing old and he didn’t know what to do. ‘Just ride your bike’ didn’t seem to suffice. He was 16 for chrissakes! Some days i wouldn’t be able to find him, he’d be off on the glue, getting shitfaced, trying to find himself, i guess.

When i left i kinda knew i wouldn’t ever see him again. He was one of the most inspiring people i’d ever met, and that’s pretty true to this day. The world could’ve been Steve’s oyster if he’d only been able to see it. 2 weeks later he made the national news. His death was pointless and heartbreaking and incredibly shocking, but all these years later i feel a certain happiness that he is still remembered fondly, if only by myself.

So i’m rambling, and there’s no real point to all of this other than to remember a friend and ponder on the lasting influences people can have on another’s life. I’d not thought of him for years, but after i’d designed the Speedball i started thinking of him again,imagined a perfect scenario where we both gaze into a 1983 crystal ball and see this made crazy bike far off in the future, and that mad crazy bike would’ve been enough for both of us. Rest in Peace old friend, your spirit lives on. This one’s for you.