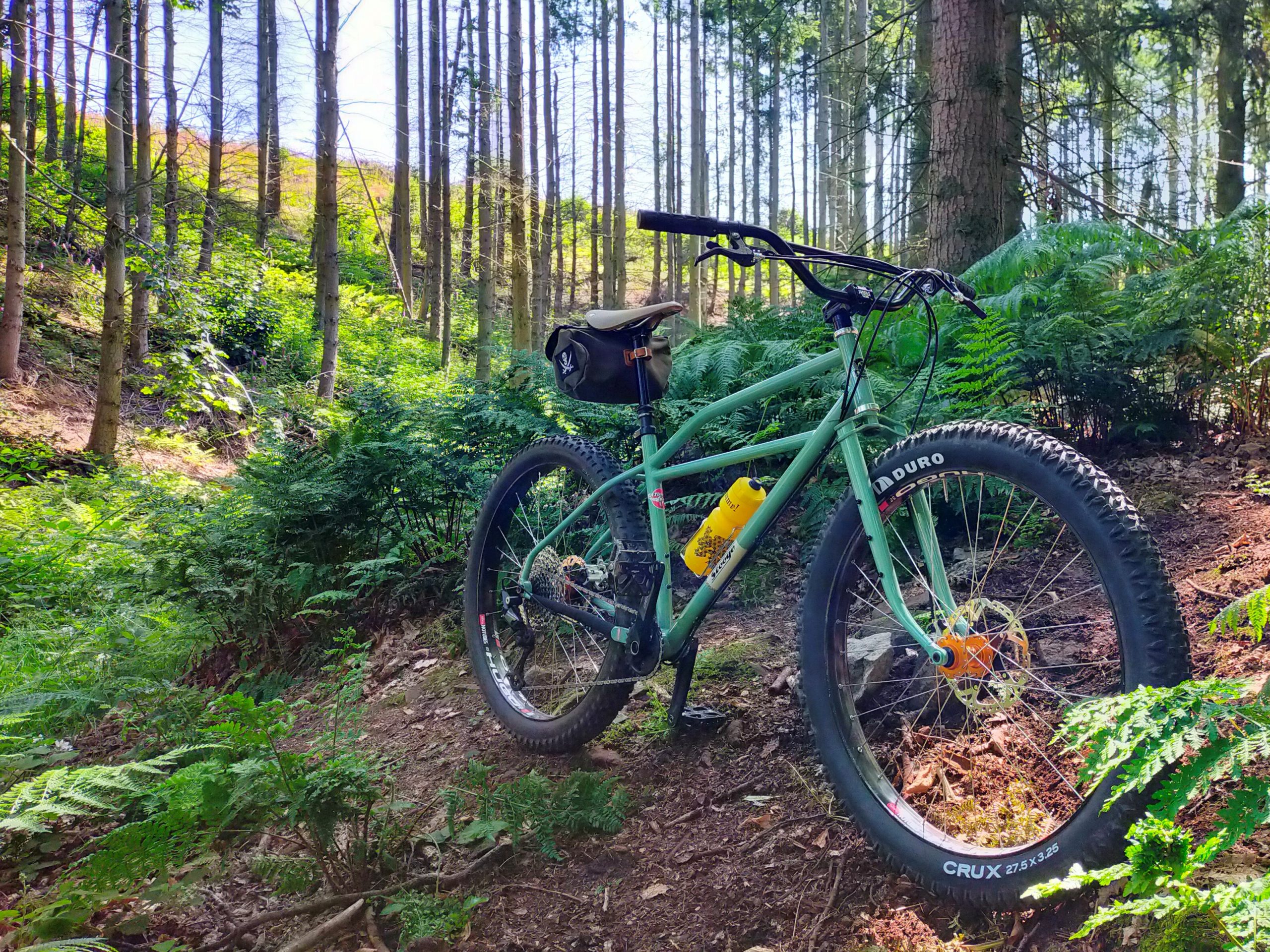 So here we are, a year and a half into a global pandemic, still led by donkeys and all of that, so i thought it might be a good time to talk about the future and how Covid is affecting things in my tiny corner of the bike industry. Grab a valium, this shouldn’t take long.

So we all know what happened by now – Covid struck, everyone went mad for biking, shops sold out, industry couldn’t keep up with demand, mainly because it was competely unprecedented, but also because all the factories that gladly manufacture all this kit were men-down themselves, and also swamped with orders the size and volume of which they’d never experienced before. Factor in sudden shortages of raw materials and things could, and did, get messy.

Stooge is no different to any other company in many respects, and because i share frame and handlebar manufacturers with a lot of much bigger companies with a lot more clout, i’ve found myself stuck in some pretty eternal waiting lines, though at least my foot’s in the door. But this pandemic has been pretty surreal on many levels, i’ve always sold about 100 frames a year as a general rule, but since the release of the MK4 things have ramped up somewhat, to the point where i’m now invariably playing a game of extreme catch up.

At the moment the demand for my stuff is outstripping supply. This is incredibly flattering and i can’t express how thankful i am for this, but on the same note i’m aware that these bubbles can burst as quickly as they fill, especially when you add something as volatile as Covid into the mix. My job is to keep making damn cool bikes until the day comes that no-one wants to buy them any more, and then i’ll take up speed-skating, or drinking, or a combination of the two. The last time I went speed-skating was down a steep Welsh hill about 40 years ago, ended up removing all the skin from my left ass cheek, so probably not such a good idea.

But anyway, i digress, so here’s the score. The MK5s are completed and are in the process of being painted as i speak. In pre-covid times these would have been completed and in Stooge Towers in about four months, so far we’re 8 months down the line and counting. I’d hoped these would be with me for August, and they may well still be here before the end of the month, but knowing how abundent curveballs are these days we could well be looking at September, but compared to a lot of companies, they’re imminent. Pricewise we’re probaby looking at £660 for frame and fork. I make very little money from Stooge and it feels important to me that my stuff should be affordable and great value, but in the 6 months between the Scramblers being paid for and the MK5s, the manufacturing cost of my frames has gone up by 20% and the cost of getting them here has doubled, so things are now seriously ruddy tight, but i’ll always do my best to keep things as affordable as possible.

I’ve also put the Ramblers and more Scramblers into production – 100 of each, split across various sizes. The production deposit was paid on these about a month ago so they are now in line for a production slot. My hope is that these will be with me for early Spring, but with the caveat that i really have no idea other than an educated guesstimate. I’m getting a lot of requests to pre-order Scramblers but i’m holding back on this until i have a better idea as to both the cost and the ETA, so we’re probably looking at the New Year for that.

Regarding handlebars, i have good stock of Junker and Scrambler bars. The Moto bars have been hit hard by Covid purely because of who they share a factory with. Normal production time used to be 3 months, so to put it in perspective, i ordered a run of Moto bars last summer and they’re finally going to be ready this December. But again, better late than never.

So that’s kind of it and where i’m at. I appreciate everyone’s patience on this, it must be pretty frustrating, but i’m a firm believer in good things coming to those that are willing and happy(ish) to wait. Stooge is now taking on a life of its own that’s beyond me and my meagre efforts to hold it back, and i’m excited about all the bikes i’ve got planned for the next couple of years. Beyond that the future is unwritten.

Big thanks to Taz for being the dude who always listens, Matt for taking my bikes to places they really shouldn’t be going (like 6 feet up, and Pinkbike), Jonah for being a 100% top human, Liam for kiling it on the HT550 aboard his Scrambler, Morgan at the Radavist for showing an interest enough to want to write about it (fingers crossed), Jason for probably owning more Stooges than anyone i know (apart from me) and to all the members of the owners club on Facebook for keeping the vibe alive.

This week i’ve mostly been listening to The Demonstration by Drab Majesty; the Cocteau Twins and a whole load of wifey’s synthwave. Memo to self – be more metal. Over and out.