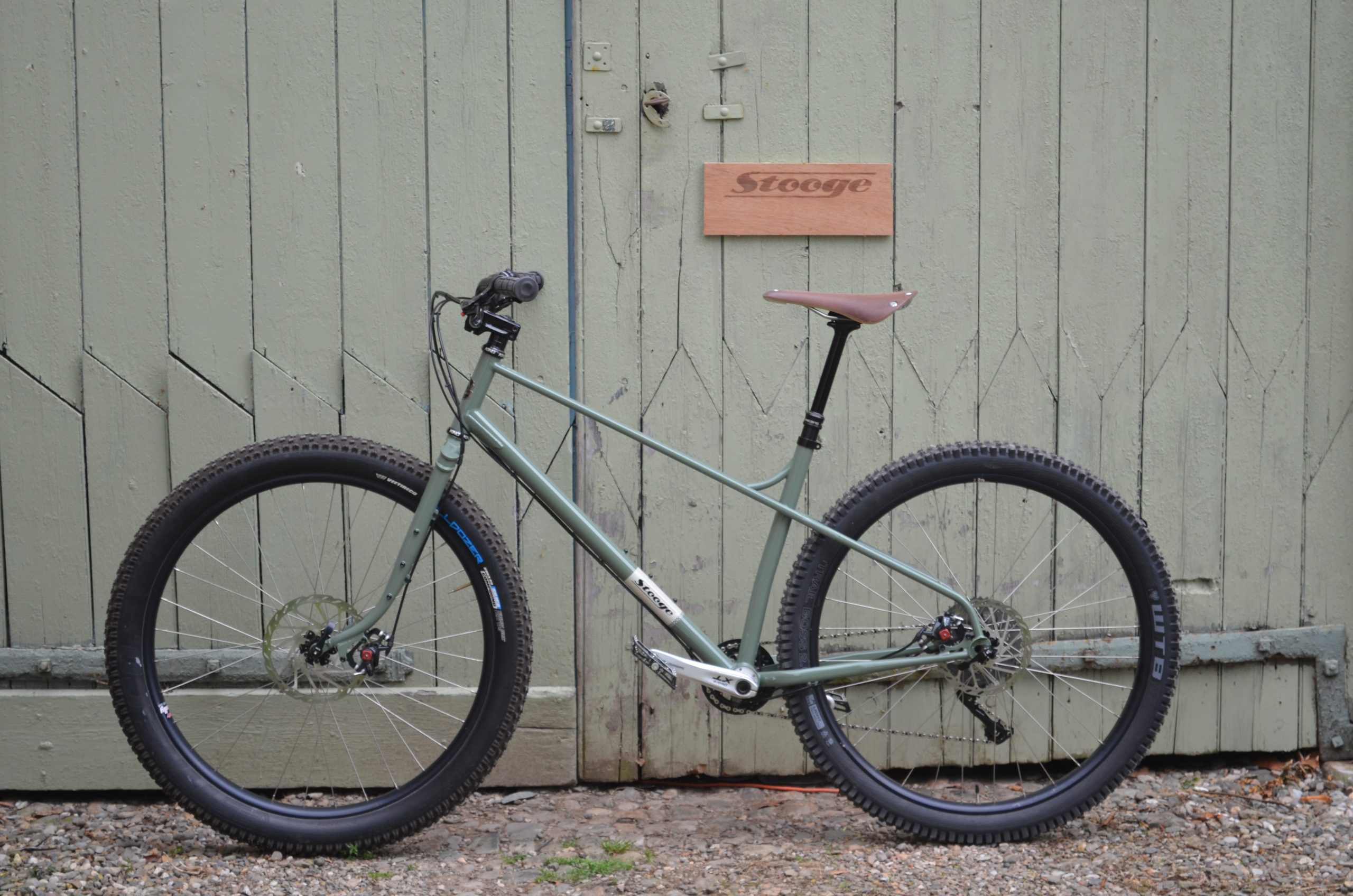 In case you hadn’t noticed, the MK4 framesets have arrived, and they truly are a rollicking great ball of radness. I’m very happy with the way they turned out. That’s an understatement, by the way. There’s always a certain amount of trepidation when I release a new frameset – will people like it? Will the colours look good? Will it be shit? But the moment I pulled this one from its box I actually ceased to care what anyone else thought, which is definitely a good sign. I have a trail in the woods that all my bikes are regularly ragged down, the upshot of knowing a line so well is that you instantly know how good or bad a new model is in relation to the last one, and on this occasion I was floored (not literally) by how much faster and capable this new incarnation is. 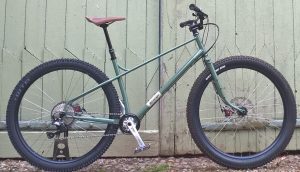 So what’s the story? in a nutshell, i’d already built and sold some 400 frames with what i’ll call variations on the original geometry, and that geometry still completely rips and I 100% stand by it (and will no doubt return to it in the future), but it felt like a good time to push the boundaries and create something pretty radical that would stand completely on its own, both visually and in its geometry and design ethos. 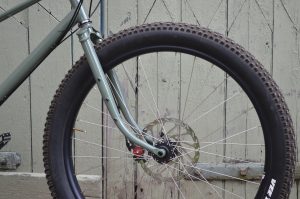 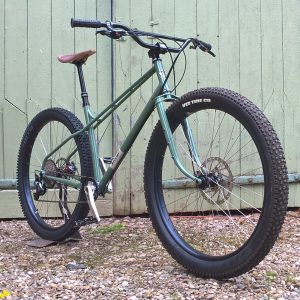 The Dirtbomb had already been created to test this geometry and it was instantly evident that this was like nothing i’d ridden before, in the best possible way. A 66 degree head angle isn’t particularly slack in this day and age, people are running around with 62 and 63, but a quick look in the right places and you’ll see that some of these bikes are sporting a lot of wheel flop, which is a negative in my book. The slack head angle on the MK4 is designed to get the rider’s weight further behind the front axle. I’ve touched on this loads, so won’t waffle any more about it here. The 80mm offset serves a number of purposes – its keeps the trail figure relatively low so the steering is still superlight and superquick (important on a rigid bike, honest) and virtually eliminates wheelflop, so it has none of that weaving feeling that so many progressive bikes sport when all you want to do is navigate a slow, techy trail.
The result is a bike that absolutely rips, you can throw it down rocky trails and dart between the obstacles at silly speeds, the forks legs also remove a huge amount of trail chatter but on the same note have very little brake flutter due to the angle of the curve. Worth mentioning also is that when you’re up to proper speeds this set up carves perfectly, there’s no understeer or oversteer, it just goes where you want it. Of course, a number of people have already commented that, ‘but my (enter name of high end full-suzzer) handles great with superslack head angle and 44mm offset forks’, and yes, I’ve no doubt about this being true for those riders, but this is a rigid bike that intrinsically has very different needs when it comes to handling and the way its ridden and navigated.

The question that many of you might be asking is of course, How does it compare to the earlier ones, the MK1 thru 3? Well, its 28mm longer in the top tube, so there’s a lot more room for fore and aft movement in the cockpit, but in short its faster and more stable. The front wheel is quite a way out, and coupled with the springy fork you can let it go on the descents, and certainly, the faster it goes the more capable it feels. The front end geometry is designed around a 29+ front tyre, but the steering is designed to feel like a MK3 with a 27.5+ front tyre in terms and steering response. It’s early days and i’m still learning this bike, but i’d say i’m already riding substantially faster through the rough stuff on this.  A lot of people wrongly assume the front will feel really sluggish but the opposite is true, there’s zero delay on the handling and the speed that it can change direction is definitely one of its plus points.

So i’m beyond pleased with how this bike has turned out, its radical and fun and is really very good indeed. If you get a chance, come and try one. I promise it’ll change the way you think of rigid bikes and what they can do. I might be biased of course, but nah, on this occasion i’m just plain old excited by my new ride.