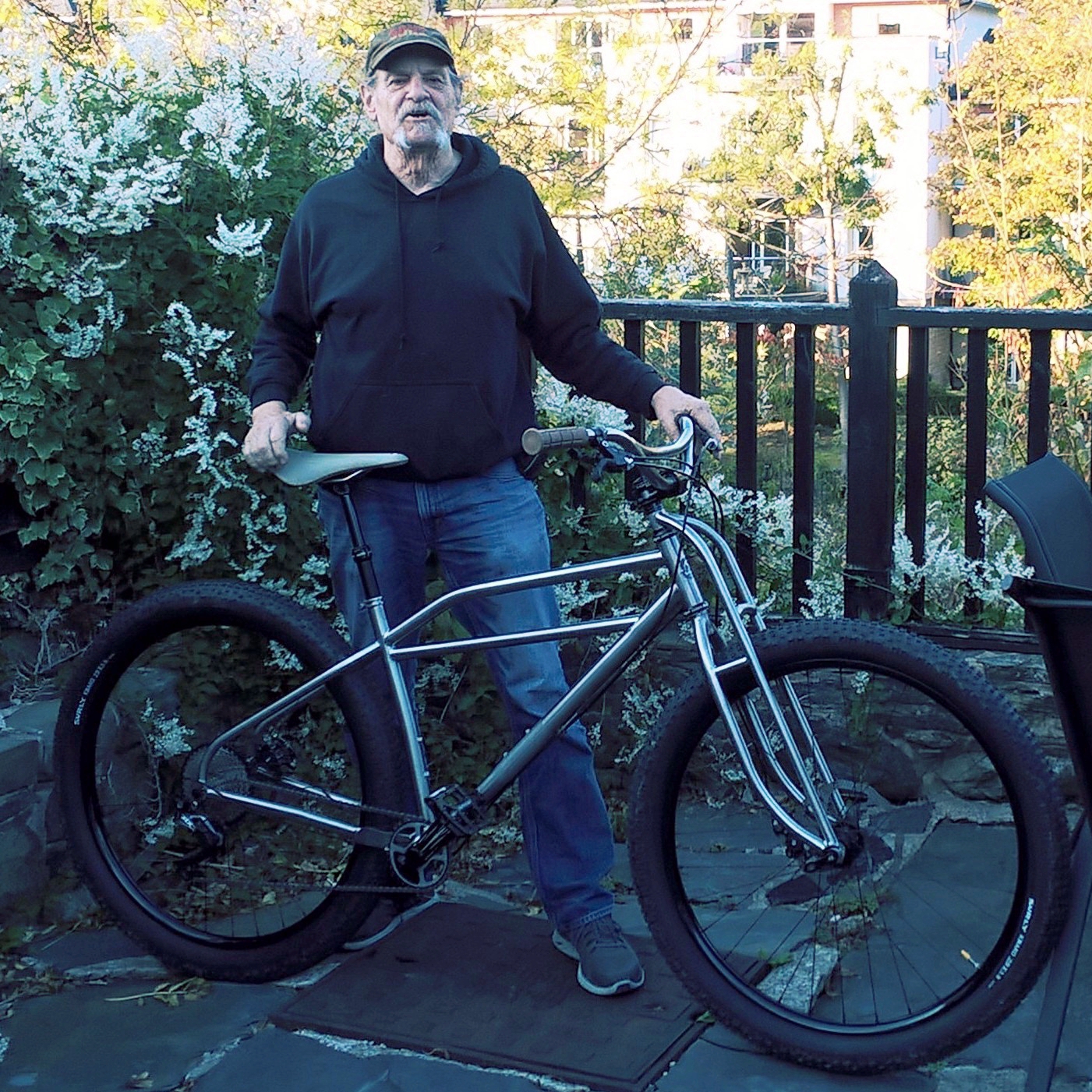 Way back in the beginning of time I was on holiday with my folks in the Highlands. I was a BMX freak at the time, and that holiday sticks in my mind for two reasons – the first was when I sprinted over Glenuig pass on my BMX in the interest of training and spent the next two days hyperventilating, and the next was on a day out to Oban where I bought a BMX mag to relieve the certain boredom of being forced to listen to Runrig in the car, and in said mag was the first picture i’d ever seen of a mountain bike. The image in question was of Charlie Kelly and Wende Cragg on their Breezers, riding away from the camera into some kind of Californian Nirvana on the other side of the hill. To say it had an impact would be an understatement.

Fast forward some 36 years and the strangest thing is happening. I’ve become friends with Ben from Fat Tyre Flyer UK and he’s organising a tour for Charlie Kelly around various shops and venues, and he’s mooted I should step forward and host an event. This doesn’t happen, mainly because i’m a lazy sod and although I sell my frames all around the world, i’m not sure any of the cyclists in my home town even know Stooge exists, so fearful of an empty hall and a ruddy big bill to show for it I offer to host Mr Kelly all the same, the idea being that he comes for a short break on his whirlwind tour and has a couple of days being an American Tourist in Wales.  And lo, it would appear that the idea is a good one and a few weeks later i’m standing in Shrewsbury train station awaiting the arrival of my guest. People say you should never meet your heroes, but in the case of Charlie they were wrong, you couldn’t wish to meet a more honest, straight down the middle guy.

Here’s a fact about Mr Kelly that will raise a smile in anyone that’s met him.  He can talk. And he likes talking. A lot. This isn’t a slight, far from it, but on the journey between Shrewsbury and Llangollen I think I said about 5 words, not because i’m shy but because I was listening to an arch raconteur laying the foundations for everything i’d ever wanted to know about those early days in the hills of Marin County.

I spent the following two days driving my guest around, showing him the sights. We had an impromptu meet n greet in the local wine bar where Charlie opened his case of delights and took us through his various artefacts. Charlie is a humble guy, as far as he’s concerned he was in the right place, right time with the right people, no more than that. But people’s reactions to him tell another story, one of a trailblazer who completely set the spirit of our sport for the next 40 years. Sure there have been a few blips when everyone started wearing spandex and lycra, but the style of those early pioneers is still evident today.  Another telling moment was when we were parked up in town, i’d popped out to pay the bar bill from the night before and when I returned to the car, Charlie was standing there chatting to someone who’d walked past, glanced through the window and thought ‘No way, that looks like Charlie Kelly.’  Charlie hopped out to greet him and another conversation ensued. 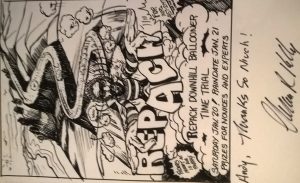 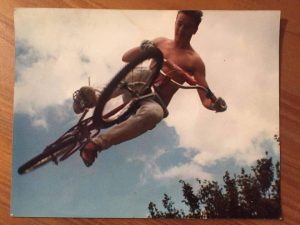 For me, the best part of his visit were the moments when we were just hanging out, watching videos from way back when, listening to his stories about Gary Fisher and Jacqui Phelan and Joe Breeze, tales of the Sons of Champlin and the Grateful Dead, his life as a young American in a time of huge cultural change. Out of all his peers, Charlie is the only one who failed to capitalise and create a lucrative lifestyle out of mountain biking, and yet ask him about it and he’ll tell you he feels like the luckiest guy alive – to have been a part of it, and in his later years to be given the chance to write about it and talk about it. First and foremost, Charlie is a historian. This was evidenced when I took him to Chirk Castle, he absorbed that old castle and its finer details like a sponge taking on water.

All too soon our time was done, but the couple of days I spent with a personal hero will stick with me for a mighty long time. By the time I dropped him off in Manchester for his Rapha show I felt like I was in the company of an old friend, I was damned sad to say goodbye at the end of it all.  What touched me was Charlie’s absolute gratitude for the hospitality i’d shown him, but he was more than welcome. T -shirts were traded and I await with bated breath for that moment when I see him wearing a Stooge tee in a photo, though in all fairness Charlie Bikemonger has me pipped to that post, the scoundrel.

So that’s where it should end, with me feeling pretty damned chuffed at the surreal reality of becoming friends with the guy in the BMX mag 36 years earlier, but life is even stranger than that. As if the signed Repack posters weren’t enough, with Charlie’s blessing i’m going to be producing a Charlie Kelly signature frameset!  This is without doubt the most exciting thing I’ve ever done, its both a privilege and an honour and I hope the final steed does his legacy justice. The fact i’d recently launched the Dirtbomb meant a Klunker was out, so watch this space for the bonkers machine that will bear the legend ‘C K Flyer’.

So here’s to Charlie Kelly, a living legend and a damned fine chap to boot. Here here and huzzah.