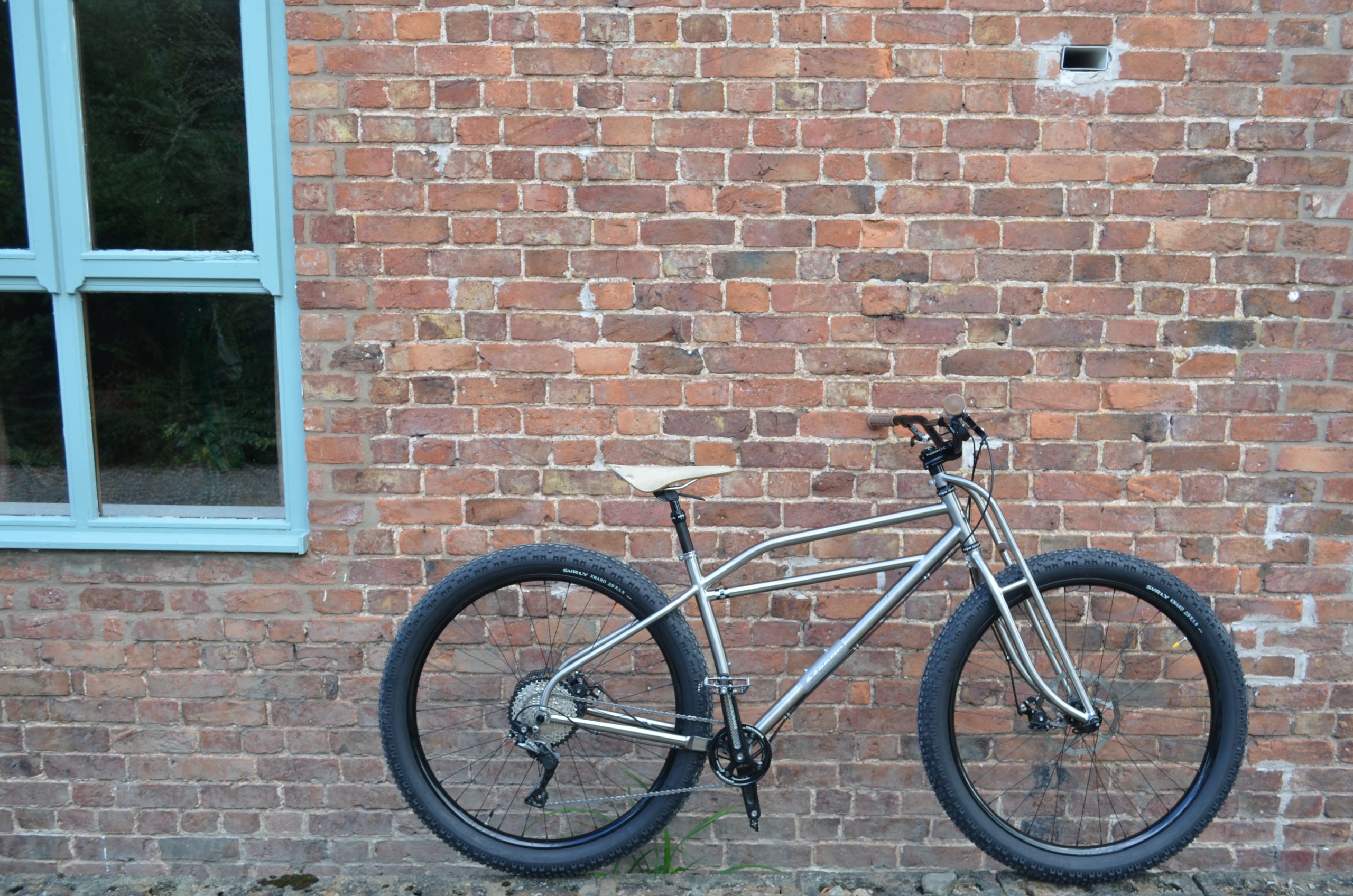 Here’s a little ditty that’s been playing on my mind for some time. Been watching this long, slack and low drama unfold with an air of detached interest, a bit like watching a car career down an icy slope thankful that you’re not in it. I’m one for geometry that works well in all conditions and having looked at the wheel flop  and trail measurements on some of the bikes out there, it was a case of WTF!!! But of course, it works really well if all you do is ride in a bikepark, but it aint no Subaru.

Here’s a thing. The absolute beauty of a rigid bike is that its geometry is set in stone, there’s no sag to alter the trail etc, so once you’re dialled to it the understanding between rider and bike is almost telepathic, the bike will never play a nasty trick on you and the learning curve is supremely satisfying, the ultimate aim being to ride as fast and as hard as you ever did on your full susser in that dark, previous life.

But i get the slack thing. When the MK1 came out it was pretty slack compared to whatever rigid bikes you could buy at the time. I once built a DP Freestyler with a set of 24″ cruiser forks and Renthal bars and took it down the side of the mountain, that was the start of my learnings on bike geometry – it was a dog to ride until it got steep, and then it was ace. I digress….   Anyway, here’s the Dirtbomb, it looks like a klunker, and lets face it, geometry wise the very earliest mountain bikes had it spot on with their slack head angles and raked forks and big moto bars , unfortunately what followed was another twenty years of getting it seriously wrong. So this bike rights all the wrongs. 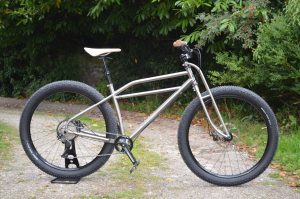 The idea was to go slacker (66 in this case) but instead of ending up with a sled on wheels, i wanted it to handle the slow and tight stuff as well as is possible for a bike to do, so enter the 80mm offset truss fork. This give a really low trail figure (the same as a regular Stooge on B+) and the result is one of the most exciting bikes I’ve ridden in an age. When you first hop on it feels like a barge, but then you turn the pedals and it goes like stink, the front wheel is way out in front and coupled with a dinky stem and sweepy risers it feels like a whole new thing. Point it down and it rips a hole in the earth, your weight is well behind the front axle and the punishment you might expect from a rigid bike doesn’t get through. The biggest surprise is when you lean in a curve though, the front tyre digs in and you’re carving big style, it really is quite stupidly agile, its certainly a bike that requires mastering and one that’s well worth the investment of time. 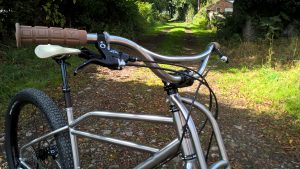 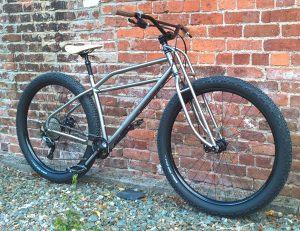 I’m producing 10 of these frames, that’s all. It’d be cool to enter a Klunker race series on one, that’s something that definitely needs to happen at some point in the future. All hail the rigid downhill bikes. But in the meantime, enjoy the pics and if you want to ask me anything at all about the bike feel free to get in touch.

I forgot about the Q and A. Oh well. Felt stupid asking myself questions i already knew the answers to.