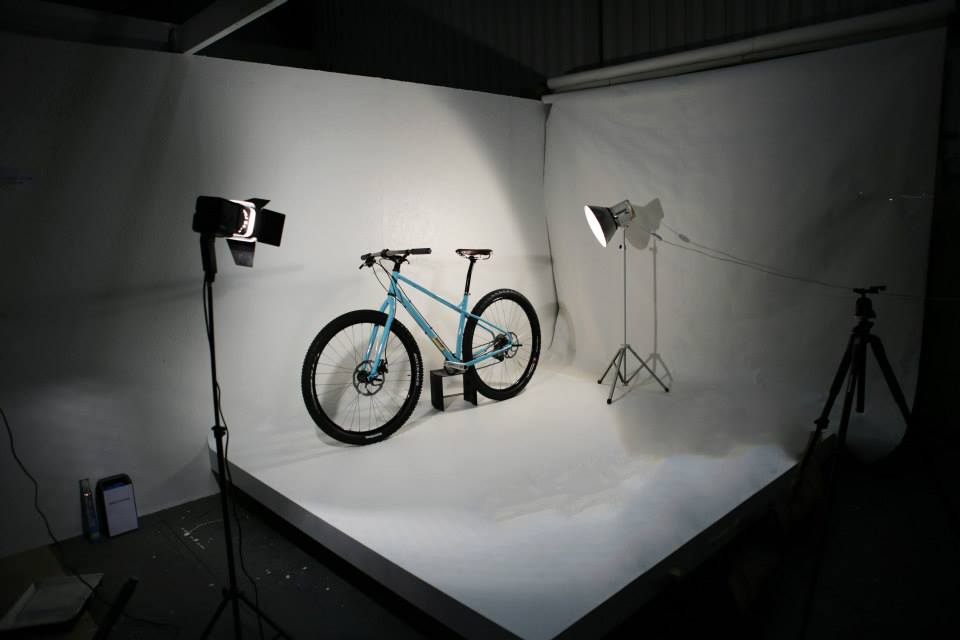 These things take time, though maybe thirty-four years is pushing it a little. It all began in 1979 in North Wales. Every Friday night a group of us would meet up on the playing field to race bikes and hit the jumps, the bike of choice being a ‘track bike’, a 5 speed racer with cowhorns, knobbly tyres and forks that we’d bent straight in a vice

Now this bit sticks in my mind vividly. I headed up there early one night, before anyone else arrived, and there was this solitary kid with a mop of greasy hair wheelying the full length of the playground. He can’t have been much more than four feet tall, a real bag of smallness. His name was Rodney, just arrived to live in Wales from America, poor lad. He was alone in many ways, but pretty soon he had his first UK friend, shortly followed by the rest of the boys. What blew us all away was his bike, a Mongoose with Skyway tuff wheels, probably the first BMX to hit these shores. That, and the stories he told of life in America.

About three months later BMX arrived in the UK, six months later the boom was under way. The following five years passed by in a blur of sunshine and teenage dreams. We rode our bikes from 8 in the morning until it got dark. We were a gang in the tightest sense of the word, building tracks, learning to ride, leaping from the tops of small buildings. Some of us raced, some of us entered freestyle comps .Probably some of the happiest years of our lives.
As for the bikes, we all just aspired to own the best. The Haro Freestyler was about as good as it got with its twin top tubes (more of which later), but the DP Freestyler is what we made do with. Another bike that sticks in my mind is the Torker, again with twin top tubes.

Like all kids, we got older and moved on, some of us to jobs, others to higher education. The halcyon days were behind us. Beery years followed, all in the name of fun. Life was never anything less than good.

I got back into cycling in my early thirties, the pull of those formative years being too strong to ignore. Being a BMXer at heart I bought the smallest mountain bike I could find and preceded to ride around with my knees hitting my chin, all in the excellent company of my compadre Maldoon (but that’s another story or two). I ended up working in a bike shop, which I only now realise was a logical progression, and in the following decade bought and rode more or less every style and brand of high-end mountain bike available.

And then, within the blink of an eye, I found myself entering my forties followed followed swiftly by the patter of tiny feet. Time to ride was very suddenly very seriously compromised, and instead of heading out over the Welsh hills for the day i’d spend most evenings hacking around the miles of pretty decent singletrack in the local woods.
It was here that a certain truth hit me. That the less time you have to ride, the more challenging you want it to be. Suspension bikes seemed boring and predictable, they quite literally tamed the trail too much and removed any sense of skill. There was no sense of engagement with the land, it was all too easy to go fast. Like every other bloke in middle age, I started looking back at my youth, remembering with absolute fondness the simplicity of the machines we rode, hurtling down what is now the Llangollen downhill track on 20″ wheeled bikes, no suspension, hitting the deck at 40plus and living to tell the tale. I guess I wanted to feel the thrill of those days, taste the innocence again. So what did I do? I bought a rigid bike.

Now this is where the story should end, but it doesn’t.

I was having so much fun colliding with trees and cracking my nuts on the toptube to notice, but the sad truth was that my bike handled like shit. So fast forward a year or so and i’m looking for a steel 29er frameset that isn’t going to break the bank. What I discover is that in the UK, the choice is limited, really limited, with bikes either having geometry which is too XC or a presentation that just left me cold.

Spying what I would call a hole in the market, I sat down with a pen and paper and dreamed a bike into being. I wanted it to be rigid specific with slacker handling, the kind of bike that I could really fling around my local trails, challenging and rewarding to ride with zero maintenance costs. I have the idea that the reason we all grew to dislike rigid mountain bikes and thus embraced suspension was because they were so poorly designed, like road bikes with 140mm stems that threw all your weight over the front wheel. Our old BMX’s were more capable off road, and that was because we rode unweighted. So it makes sense to me that a rigid bike should be shorter and taller than a comparative suspension model so the rider uses his arms to control the bike and not hold himself up. So long story short, the Stooge was born, a bike designed for the kind of riding I now found myself doing. I found out where Salsa and Surly had their frames made, contacted the factory, and hey presto, I was suddenly a client amidst exalted company.

The biggest expense (a ridiculous one) was the tooling cost for the twin top tubes. They were intrinsic to my design, a loving nod to the Haro Freestyler I wanted but couldn’t have and the DP Freestyler that I loved instead, the Torker that to me was the epitomy of exotica, the DS Springer that my father bought home from a skip on a night to end them all. The Stooge is everything I dreamed of as a kid made real, thirty four years down the line and counting.